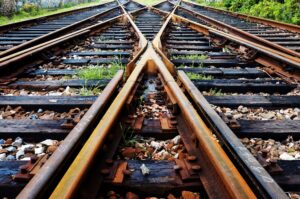 Things you need to know ~

Oops! Stocks fell again – for a litany of reasons that they want you to believe…..Rising covid cases in China (not), OPEC + oil production increases (not happening), a looming railroad worker strike (much more of a possibility), mixed messages out of the retailers (yes), ongoing confusing statements by a variety of FED heads (yes), weakening economic data (yes), Black Friday Sales on almost everything (neutral) and a FED that is apparently blind to the impact that the rate hikes have (or are having) (yes)…..

Forget the China drama – it is not the story…..and the OPEC news? That’s already been poo pooed by the Kuwait…..Even after Joey said that Prince Mohammed bin Salman should be given sovereign immunity from the US federal lawsuit that names him as a ‘person of interest’ in the brutal killing of Saudi journalist Jamal Khashoggi. Now the railroad strike – that is much more important to the US economy – considering that the holidays are upon us and the economy is beginning to struggle – and those ongoing confusing FED statements that suggest a split within the FED – absolutely part of the drama that when coupled with a FED that many accuse of being tone deaf adds additional angst.

And that is the issue…yesterday – San Fran’s Mary Daly told the media that we need to be ‘mindful of the lags with which monetary policy is transmitted through the economy’ then Cleveland’s Loretta Mester said she is open to ‘slowing the tempo of rate hikes’ while saying that is not new news and that a slowing is not a pivot (which is true). Atlanta’s Raffi Bostic (you know him? The one that made stock trades ahead of announced policy and then said – Oops!) – said that he ‘favors slowing the pace of rate increases’ to try to ensure the economy has a soft landing (LOL). All while Boston’s President Suzy Collins told us that a 75-bps rate hike is still on the table for the December meeting. And now you want to know why the market can’t get out of its own way? Why the algo’s remain on edge?

Remember- the market functions best when there is clarity (good or bad), but it acts psychotic when it is unclear….usually going lower to compensate for the lack of clarity… and that is what we have been seeing….lack of clarity over China, OPEC, the consumer, FED policy, ECB policy, political wrangling now that we have a split congress and the sudden onslaught of Black Friday Sales coming from every part of the retailing sector….clothing, appliances, electronics, automobiles etc…

Oil came under tremendous pressure at about 10 am…when the rumor was out that OPEC was going to increase production….WTI fell more than $5/barrel to test the September low of $75.31 – dragging everything lower…. Until it became clear that this was nothing more than a rumor….and then oil rallied back to the unchanged line to close at $80/barrel. This morning – oil is up 30 cts at $80.30/barrel. Now, not only did the Saudi’s deny yesterday’s rumor – they planted a story that we could see further production CUTS if oil weakens further. $80 is the number that the Saudi’s are using as a floor – with $110 ish as the upside.

Markets are closed on Thursday and only trade ½ day on Friday. Even with yesterday’s weakness – I suspect that we will see a rally into the end of the week – as we usually do…..and it might start today…..

US futures are UP (oh wow, look at that!) Dow +70, S&P’s +8, Nasdaq +25, and the Russell +5. Eco data is all about the Richmond Fed. Tomorrow we’ll get the PMI’s and the FOMC mins from the November meeting. Do you expect to learn anything new from those mins? Really?

Expect today and tomorrow to be erratic….many are away from their desks and so the moves can be and will be exaggerated. And we will get the final slew of retailing earnings today.. BBY, DKS, DLTR, BURL & JWN.

We are seeing all kinds of SALES being offered to consumers as we go into the weekend….Black Friday, Cyber Monday, Small Business Tuesday and more sales in the weeks ahead…..Retailers have made it clear – they’ve got inventory that they have to get rid of…and the only way to make that happen is to slash prices….but don’t be fooled – those slashed prices are still higher than they were one year ago…..Like I said yesterday – 30% off of a price tag that is up 60% from one year ago isn’t really a sale at all…..but it’s all about the marketing….

The S&P closed at 3949 – down 18 pts – leaving us solidly in the 3793/4073 trading range. This is a holiday shortened week – moves can be exaggerated as so many are away from their desks. In a year like we’ve had it is hard to makes sense of the rhetoric……..FED officials are now split, OPEC is trying to hold oil at $80 – that is the line in the sand (per se). Xi Xi continues to completely mismanage covid and all that does is further disrupt the global economy and he knows that – which is why we need to PIVOT away from China…..should have done it years ago…..but that’s another story. And the US economy? Yeah, that’s headed for a recession – the depth of which we don’t know yet, but do not expect it to be soft at all and if the Rails go on strike – then watch out! Jimmy Bullard put it out there on Friday….the terminal rate (neutral) could be anywhere between 5% – 7%. There, now he said it…Let’s see what the PCE tells us next week.

Be careful to not to make any dramatic moves during times of lower participation – but if you have money to put to work – pick levels that you are comfortable at – Just like the big asset management firms do – and place your orders. If the market trades down to where you want to buy them, then guess what – you’ll buy them. Conversely – do the same on the sell side if you are looking to ‘trim’ a bit at higher prices. Nothing guarantees it will happen, but if it does, while your away, then you won’t have missed it. Capisce?
Sit tight, stick to the plan – focus on the end game….

Apple Pie Milkshake
So I was on Mornings with Maria on Fox Business last Wednesday and had the opportunity to meet Chef David Burke…. He brought in a table full of Thanksgiving dishes….and the one that caught my attention was the Apple Pie Milkshake for the day after!  This is simple to make – but ooooooo so good.

For this you need – leftover apple pie (you could also use pumpkin, blueberry and  pecan pies as well).  Whole milk, vanilla ice cream, (Dulce de leche would also be a favorite while Butter Pecan would enrich your pecan pie milkshake), and if you want to make more fun –add  a splash of Rum!

Place a slice of pie – crust and all – into the blender. Add 1 c of whole milk, 2 scoops of ice cream (and if you want to jazz it up – you would add that splash of Rum)  If you are making for the kids – keep the Rum out of it!

Blend and serve in cold glasses – you can add whipped cream on the top.