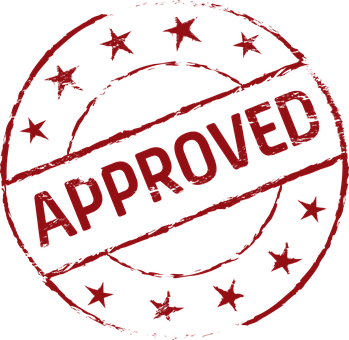 And BAM!  Stocks exploded higher as investors considered what the FDA move really means for both PFE and for the country (The FDA approved the PFE/BioNTech vaccine so it is now an official vaccination for covid and the PFE CEO tells us that they are already attempting to manufacture a vaccine for the delta variant…..Not sure what I think about that….But let’s see)…..and they are also now convinced that we won’t hear anything NEW out of Jackson Hole this week.  Jay Powell is apparently expected to repeat exactly what he has been saying all along that – while we are making progress, we are NOT there yet and so that demands that we maintain the status quo…which is $120 billion of bond buying month in and month out – until November or December.

Yesterday’s eco data was a mixed bag. Existing Home Sales were up 2% vs. the expected -0.5% while both Manufacturing and Services PMI’s were just a touch weaker than the estimate and that ‘could’ suggest that the variant is taking a toll on the economy…or at least that’s what fits the narrative.  So that’s what they are going with…. Just to give you the global view – recent int’l data shows out of Australia shows a contraction in activity – but they are locked down again while numbers out of Japan and the Eurozone came in a bit weaker – they are not locked down.

So, the sense is that we have more room to run before the FED takes their foot off the gas…especially if Nancy Pelosi cannot get the $3.5 trillion ‘human infrastructure bill’ done.  And in fact – Pelosi has so far failed, and she is not happy…. because a group of centrists DEMS failed to join in and advance this massive yesterday and so they will resume talks today to try and convince the holdouts to fall in line or else!  Expect Pelosi to threaten a hailstorm on any Democrat that refuses to sign on…. In the end – I do not believe that the $3.5 trillion will pass….and that will put pressure on the FED to keep his foot on the gas as well.

Yes, but you say – the delta variant is another reason for caution……and I would point out that while that is true (for now) there appears to be good news just over the next mountain range……

Bloomberg LP reported yesterday that the delta variant is declining in the most hard-hit states – where it began in Arkansas and then moved onto the Ozarks in Missouri in early June then onto Florida and Louisiana about two months later where the surge has lasted 58 days before it started to decline.  The wave that then hit the rest of the country turned 60 days old yesterday…. which might suggest that it is waning…. The article goes onto say that:

“Numbers below 1 signal that cases are expected to fall soon, and 22 states are already below that level while the majority of the other 28 states are between 1 and 1.2 and trending lower.”

And it is funny, because when I posted this story on Twitter – the reaction was immediate and visceral.  They hit me with all kinds of data proving that cases in Fl (and other RED states) are still high…apparently what they missed in the story was that the authors – supported by the CDC made note that cases have ‘started to decline’ which isn’t to say that they are not high or that its gone at all, all it said was that the data shows the surge is starting to decline and what the visceral reaction means is that apparently people don’t understand what they read.  In any event –

This IS good news, no?  Are we willing to acknowledge that just maybe the threat is retreating and that the worst is over as more people get vaccinated or establish natural immunity?  Or do we want to continue to accentuate the negatives…. Investors are not accentuating the negatives at all, in fact quite the opposite – just FYI.

Now look – if there is any sign that the US economy is slowing at all, you can be sure that the FED will not announce a taper – Remember – they have already laid out the pathway to tapering, we know what the plan is, and we know that the conversation is underway…. they just have not implemented it and the sense is that they still won’t implement it until they are absolutely convinced that we are past the worse of it….

This morning US futures are UP again – but are beginning to feel a bit tired….  The Dow up 37 pts, the S&Ps are up 6 pts, the Nasdaq is adding 40 pts and the Russell is ahead by 2 pts.
Eco data today includes Richmond Fed Survey and New Home Sales.  Both expected to show strength.

More speculation about what to expect from the FED and the summit on Thursday, Friday and Saturday will be at the top of the agenda.

European markets which started the day up are now all struggling with the advance.  German GDP grew by 1.6% in the 2nd qtr. and that was just a bit ahead of the estimate of 1.5%.  Investors across Europe, like here in the US and the rest of the world will also stay focused on the crisis in Afghanistan.  European countries also needing more time to get their people out and the Tali have made it clear that the world only has 7 more days to do so, otherwise risk retaliation.  So, this is going to be an ongoing issue until it isn’t.  At 6:45 am – European markets are mixed…. but trending just on either side of the unchanged line.

Be careful – don’t get drawn and let your guard down…. …. We are at the end of August – where volumes tend to dry up, leaving moves more exacerbated than normal and then we in September / October which is full of seasonal volatility.  Now that does not mean ‘panic’ at all, it just means keep your head clear. Buying some downside protection is never a bad idea at all.

These are simple to make and so good.  For this you need:  the Baby Back Ribs, and some Sweet Baby Rae’s BBQ sauce.

Now – remove the foil and broil until nice and crispy…. Serve immediately with cole slaw and fresh corn on the cob.  Prepare to get your hands sticky… – the only way to eat these ribs is outside on the deck under the evening sky….