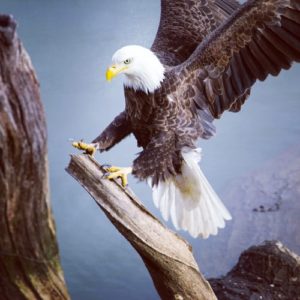 The Russell continues to march ahead and broadly outperform as we awaited the Biden Rescue Plan – by 4 pm investors had taken the Russell up 44 pts or +2% while the Dow, S&P and Nasdaq all came under the gun… falling 69 pts, 14 pts and 16 pts respectively.

The 8:30 am Initial jobless claims and Continuing claims data didn’t help the broader market as the gov’t reported a brutal jump in claims reversing what had been an improving picture. Today we’ll hear about PPI and Retail Sales data. The PPI (Producer Price Index) is expected to show an increase of +0.4% and ex food and energy of +0.2%. Retail sales are expected to be flat and ex autos and gas is expected to fall by 0.3% – which is a bit confusing… Because all we’ve been hearing about is how strong holiday sales were all during the month of December, the strong holiday season leading to double digit growth in online sales, blah, blah, blah… I mean on Wednesday we heard that TGT’s online holiday sales ‘popped 17%, instore foot traffic rose 4.2% and instore sales rose 4.2% as well. And in what is now a ‘newer metric’ – contactless same day services surged by 4X vs. one year ago… and that prompted an upgrade from Cowen & Co taking their target price from $190 to $230! Yesterday – TGT rose $1.20 or +0.6%.

A quick look at the XRT (Retail ETF) and IBUY (the Amplify Online Retail ETF) shows a dramatic move higher during the 4th qtr with the XRT up 46% and IBUY up 34%! So, so much for a ‘weak retail sales number’.

Cyclicals and Value continue to surge… Biden announced a $2 trillion package aptly named – The American Rescue Plan – saying that ‘the crisis of human suffering is in plain sight and there’s no time to waste’… Highlights include an additional $1400/mo paid directly to Americans bringing the total to $2,000/mo, Increasing unemployment benefits to $400/wk, raising the federal minimum wage to $15/hr, billions in state and local aid, billions to schools, billions to Covid testing and a national vaccine program and $10,000 in student debt loan forgiveness… and this is just the beginning… another piece of this rescue package is due out in February as well and the expectation is for trillions MORE to be announced… and his fellow Democrats were quick to applaud this announcement… (think Pelosi and Schumer).

10 yr treasuries rose ending the day at 1.13% – causing some $ to come out of the growth names… as investors begin to re-allocate… and while 1.13% is still manageable it only suggests that rates may continue to rise which will force the next conversation about at what point will it cause the market to ‘rollover and play dead’? Guesses anyone? 1.5%? 2%?

Yesterday, Jay Powell promised us that rates will remain low UNLESS THEY SEE TROUBLING SIGNS OF INFLATION – BINGO! That’s the terminology that gets them all off the hook… and the idea that rates will remain at zero thru 2022 would soon be nothing but a distant memory. Why? Because that is completely discretionary… it allows them to define and re-define what ‘trouble’ looks like… and this is where I believe the market is disconnected… because no matter what – it is a long call to make – zero rates for the next 24 months when they have already been near zero for the last decade + all while inflation is beginning to heat up…

BLK reported yesterday and handily BEAT THE ESTIMATES – in a tweet I said, “Of course they did – did you expect Larry (Fink) to disappoint’? … And the stock sold off! Well, what would you expect? The stock has rallied 35% since Oct 1 – start of qtr… in anticipation of a blowout number….so were you expecting more buyers? Today – is the ‘official’ start to earnings season with the first Dow name to report – JPM and the expectation is for Jamie to report earnings of $2.62/sh… C and WFC will not be far behind expecting to report $1.31 and $0.66 cts per share respectively. Expect to hear that they ‘blew the doors off the bus’!

Remember, JPM, C and WFC… have all rallied nicely in the 4th qtr+50%, +63% and +51% respectively… so any weakness today should signal nothing other than the ‘take profits off the table’ trade as institutional asset managers look to create alpha by trading around a core portfolio. And while some will be selling, others will be buying all of this stock in a vote of confidence about the future.

Dow, S&P, Nasdaq and Russell futures were all higher initially overnight on the back of the Biden plan but have now turned lower as many are now suggesting that this was all ‘baked into’ the market… thus the ‘buy the rumor/sell the news’ reaction… (think BLK yesterday as well…) Futures on the Dow are -115 pts, the S&P’s off 12, Nasdaq down 22 and the Russell off 14 pts. Expect the Biden plan and the start of earnings season to be the theme of the day… with the virus and the inauguration playing supporting roles.

European stocks are also in retreat – the rising cases of covid19 across parts of China causing renewed lockdowns there – mimic the situation across the European continent. Lockdowns in the UK, France, Spain, Italy, Germany continue to grow and that is leading some to question the pace of the global economic recovery. In Italy, it is once again about politics with former PM Matteo Renzi pulling his support for the current PM Guiseppe Conte causing new political turmoil. And in Germany – expect to hear who is taking Chancellor Angie Merkel’s place on Saturday. Eco news revealed that the UK economy contracted by 2.6% in November and France’s CPI came in flat for December. As of 6 am – the FTSE -0.82%, CAC 40 -0.84%, DAX -0.59%, EUROSTOXX -0.57%, SPAIN -0.75% and ITALY -0.03%.

OIL is down 45 cts at $53.11/barrel… as the media accentuates the fresh lockdowns happening across Asia and Europe… Yesterday oil did test as high as $54/barrel before retreating leaving us in the $45/$55 range for now…

Bitcoin tested near $40k again before backing off to $38k and change.

The S&P closed at 3795… as it awaited the Biden plan and the start of earnings season. With the plan now front and center and earnings in full swing – let’s see what investors/traders and algo’s do next. As I said, so much of this has already been priced into the markets so a pullback to the trendline (3650) should not surprise anyone. (FYI that would be a 3.5% retreat – hardly anything to write home about). Earnings season is expected to produce a 75%-80% beat rate (trend) and like I said – the juice will come from the guidance.

So stick to the plan, create a well balance and defined portfolio… trim and rebalance where necessary, call your advisor and focus forward… 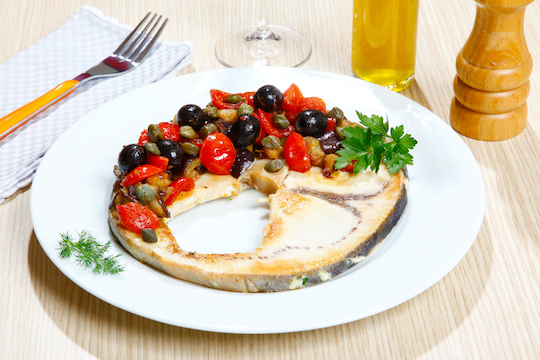 Finish the week with this great dish from this Island nation – while not really their own nation – but if you ask an “Italian” – Sicilians are not Italians… They are Sicilians… Capisce?

This dish is easy to make – it will tease your senses – and tickle your pallet – only takes about 15 or 20 mins to prepare and 20 mins to cook… enough time to set the table, pour the wine, light the candles, put on the music and dim the lights…

Season the swordfish with s&p.

Next soak the raisins in warm water for about 1/2 hr… drain and set aside.

Heat the olive oil in a sauté pan on med high heat… sauté the diced onion and crushed garlic until soft. Do Not Burn. Maybe like 5 / 8 min’s… add raisins, diced tomatoes, chopped olives (no pits!), and capers – like 1 tblspn. (If you like capers feel free to add a bit more – but not too much as the taste will overpower the dish). Reduce heat to simmer and cover… stirring occasionally… for about 15 min’s or so…